Our president, our approach and our client’s testimonials.

Elda is a Regulated Immigration Consultant and founder of Trans-Continental Migration. Prior to entering private practice, she had a successful career with Citizenship and Immigration Canada where she held various roles including Chief of Business Immigration & Free Trade, Director of Immigrant & Non-Immigrant Programs, and Director of Legislation & Litigation Strategy.

A Brock University graduate, Elda received several awards and citations from Ministers of the day at CIC during her public service for performance and leadership. She spearheaded various intergovernmental task forces on Sponsorship Default, on Temporary Foreign Worker Policy and Programs, the Foreign Student Program, and Family Reunification. She led international negotiations on various matters such the bi-lateral trade agreement with Chile, participated in the Open Skies Agreement; the North American Free Trade Agreement (NAFTA), and the General Agreement on Trade in Services (GATS). She also co-chaired the Temporary Entry Working Group with the United States and Mexico as trilateral partners in the NAFTA. As the first female Intelligence Analyst for what is today the Canada Border Services, Elda was a member of the Joint Intelligence Committee and a key player in the first Canadian team of senior intelligence analysts sent abroad to promote and enhance international cooperation to counter illegal migration.

As an immigration practitioner, Elda is well known and respected by her peers for her vast knowledge and experience in Canada’s immigration and citizenship programs. Often referred to as “The Queen of Hopeless Cases”, she has represented thousands of clients, helping them achieve their Canadian immigration and citizenship goals. Despite her busy practice, Elda continues to make time to contribute to the advancement of her profession. For decades, she has mentored lawyers, consultants, and students in immigration practices, served on various professional committees in leadership roles and has been sought after by various stakeholders to provide expertise in the areas of immigration education and continuing professional development. Elda is an active member of the National Advisory Committee, which is guiding the Faculty of Law at Queen’s University to develop the first English Graduate Diploma in Immigration and Citizenship Law.

Trans-Continental Migration Inc. (TCM) is an independent consulting company that provides immigration and citizenship services to facilitate the movement of corporate, individual and government clients across l borders.

We take an individualized approach to client-centric servicing, which is a fancy way of saying that we get to know you as a unique applicant. Why do we make the time to present you in this way? Because we have learned that to become your immigration ally, we must start as your immigration partner. It is an approach that succeeds. Your unique background, personal circumstance and life-story coupled with our extensive immigration and citizenship law expertise are what helps us find the “hooks” that will attach themselves to relevant arguments to justify a successful outcome.

Clients are chaperoned through our entire process. We navigate daunting hurdles by providing education and reassurance. We diminish anxieties and fears by taking care of the details.

We set you apart from other applicants by celebrating your life-story by identifying “hooks” that are corroborated by evidence to argue for your approval. We keep you updated with direct, two-way communication between you and the expert who is working on your case. We are proud to represent you.
And we are honored by how you recognize us.

It is our promise to be responsive, flexible, trustworthy, and helpful. We understand that our clients are sometimes fearful or anxious about crossing international borders and respond with honest and professional guidance to reduce stress and build confidence. It is our passion to breath life into your immigration submission by ensuring that your unique background and life-story is acknowledged, seen and evaluated for its special merit. Your success is our success, and we handle it with pride. 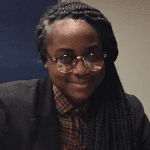 I was introduced to Elda when my first Express Entry Permanent Resident application was denied due to an administrative error. Elda went above and beyond to hear my case out and offered her expert advice and assistance. We worked together on the reapplication and thanks to her and the team at Trans-Continental Migration Inc, I was granted a Permanent Resident visa.. 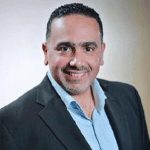 The best ever world class service I received from Elda and her team. Her knowledge and experience in the immigration programs and what fits you the best is for sure a key differentiator. Don’t-go anywhere else because it is cheaper. In many cases you could get screwed with wrong advise or interpretation. 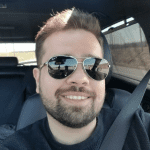 After an excessive amount of research and referrals from friends, I came across Trans Continental Migration. Elda came to my help when I was stuck in a situation nobody else could help me. She took the time to hear every detail as to what happened with my case and gave me all the possible options and advised me of what I could do to resolve my problem.